What is it and How can it help?

But exactly what does that mean and how can increasing glutathione levels benefit our health?

Glutathione is critical in protecting our immune system. It is produced in every cell and starts to decline with age along with the stress, poor diet, alcohol, lack of exercise, weaker immune system, chronic disease infections and exposure to toxins and taking certain medications.

The role of glutathione is to control and eliminate oxidative stress which causes inflammation.

Glutathione, a natural compound, is found in the liver, as well as many fruits and veggies, such as garlic, onions and avocados, parsley and squash. It is a powerful antioxidant found in the liver that your body uses to remove free radicals from your body. The injection method is recommended because glutathione can’t be taken orally. Instead, it gets absorbed into your digestive system. Practitioners contend that this doesn’t provide the same detoxifying effects as the oral form.

A glutathione injection can also provide other benefits, such as fat-burning and disease fighting. You may have heard of the “glutathione glow,” which is one of the many benefits that glutathione has to offer. If you’ve been searching for a solution to your skin problems or are struggling with a condition that depletes your body’s glutathione levels, then glutathione supplementation may be exactly what you need.

The Detox – The mother of all antioxidants is going to purify you from the inside. You may have noticed that people who consume unhealthy substances can see a change in their skin. Smokers have more wrinkles than non-smokers and you can see the toxins in their skin as bumps. Glutathione will remove toxins from your body, resulting in skin that is healthier and more youthful-looking. The defense mechanisms that glutathione provides you with will allow you to combat diseases and illnesses that could be transmitted from person to person.

As with any healthy lifestyle, you’ll only see the benefits if your injections are consistent. The benefits of the treatment will gradually fade if you stop taking them. You’ll soon return to your normal state. Glutathione’s benefits are often visible after three weeks of treatment. The speed at which you notice improvement in your skin depends on how consistent you are with your treatments, your general health, your metabolism, and how fast you take your medications. Slower metabolisms will result in slower results.

It is administered as a muscle injection and not an IV. This allows you to complete your appointment in a matter of minutes. Both the injection and IV administration work equally well. For the best absorption we inject glutathione directly into the muscle, either in the upper arm (deltoid), or the buttocks(gluteal). Brandon Medical Center offers other forms of Vitamin Injections as well.

Glutathione Deficiencies can also be found in the following

Want to learn more? Give us a call and book your appointment!

Would you like to make an appointment? Do you have more questions regarding a particular treatment? We would be happy to help you. Complete the form below and we will get back to you as soon as we can.

Getting boujee in brandon after the @tblightning w
Dip into skinny this summer with our new weight lo
🚨We are giving away a FREE Micro-needling treat
Load More... Follow on Instagram
Map 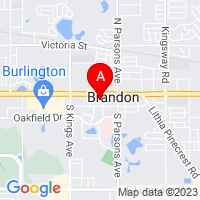 First Time IV Patients Get a Complimentary B12 Shot.